Skip to content
Tackling institutional racism
CNN Hero Harry Grammer helps at-risk kids tell their stories through his org New Earth. He has a message on the fight for civil rights and overcoming racism. 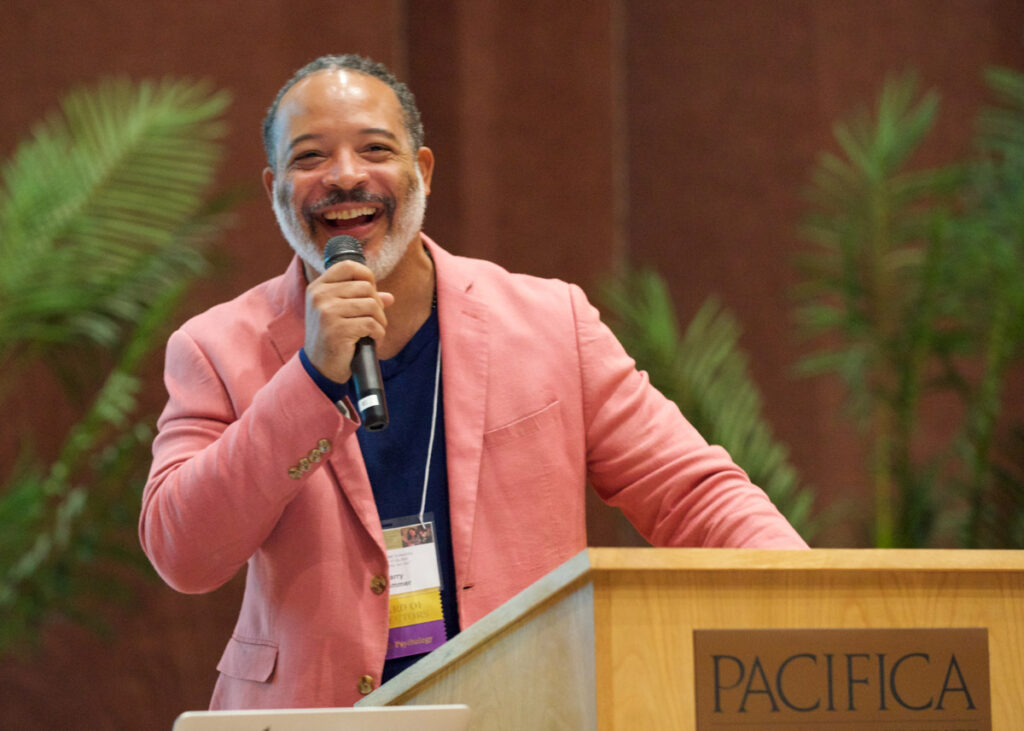 An artist, activist and educator, Grammer founded the community-based organization New Earth in 2004 and is an integral part of reforming juvenile justice in Los Angeles. In 2017, he was honored as a CNN Hero, and in 2018 he was selected as one of the 20 inaugural Obama Foundation Fellows from more than 20,000 applicants in 191 countries.

“We are extremely grateful for his leadership during these challenging times for our community and our world.”

In concert with Pacifica’s unique and creative educational experience, Pacifica Graduate Institute Alumni Association seeks not only to provide alumni and the general public with opportunities for personal and professional growth, but also to serve as a path for making positive changes within society as a whole through service and education, exemplifying PGIAA’s motto, “Through Soul Community Thrives.”

Olivia Happel, vice president, She teaches Latin, mythology, theory of knowledge, English, and film studies at Dos Pueblos High School in Goleta. Happel created her own curriculum for both the mythology and film studies courses and also serves as the extended essay coordinator for DPHS.

Maxine Blanche Langdon, secretary. Licensed since 2012 as an MFT in California, Langdon received her Ph.D. in depth psychology with an emphasis in psychotherapy in 2016.  She has maintained a private practice in the Rancho Cucamonga area since 2011.

Stephanie Zajchowski, treasurer. She recently earned her Ph.D. in mythological studies with an emphasis in depth psychology from Pacifica Graduate Institute. She also holds a certification in spiritual direction from Southern Methodist University’s Perkins School of Theology.

PGIAA is a California 501(c) nonprofit corporation established for the purpose of developing an operational and charitable membership association that supports both the alumni of Pacifica Graduate Institute and the wider community in pursuit of developing their intellectual, spiritual, altruistic and professional abilities.

Recent reports found that youth detention facilities are failing to adjust spending rates even after facility populations have drastically dropped. California youth are not committing violent crimes at the rate that was once predicted, leaving many detention hall beds empty.

The declining juvenile crime rate is an opportunity for the state to transform the juvenile criminal justice system with a larger focus on rehabilitating system-involved youth and lowering recidivism rates – an effective solution for state safety and the budget. As the article outlines, California spent an average of $284,700 last year to incarcerate a single youth, and juvenile facilities were operating at or below 50% capacity.

California is heading down a path of progress and there is much work yet to be done, but in Los Angeles County, major progress is already being made.

As founder and president of the non-profit New Earth, I’m encouraged to see the spotlight being shone on the rapidly shifting landscape of juvenile incarceration in California. We believe in empowering these neglected youth with a useful education and professional skills that will lead to reduced recidivism rates and a much lower crime rate among youth.

To make this happen, we are transforming a jail into a college. Camp David Gonzales, a former detention camp, will now be the first youth detention center in the world to be repurposed into an education enrichment center. The ground has been broken and the transformation has begun to create a voluntary residential career-training center.

Through this six-month immersive program, embedded in a positive and supportive culture of healing, mentorship, physical activity and job skills training, participants will be educated in one of two career tracks – Culinary Arts or Construction – with job placement upon completion.

In addition, they will learn soft skills, receive transition support, learn financial literacy and speak with life coaches on planning and goal setting.

There is precedence for transforming, not just people’s hearts and minds, but systems of oppression for the citizens of this country. We believe that investment in our youth with effective and innovative education and programming will help stop the pipeline to mass incarceration and work towards equity for all Americans. With this trend in California toward a more just system for youth, one that provides them with valuable education and personal development programming that they need to thrive, we are heartened about the path forward.

Through a partnership and collaboration between New Earth, the L.A. County Probation Chiefs, and County Supervisors Kuehl and Solis, along with other county departments and non-profit community-led organizations, this historic venture is currently under way. Where there were once walls and barriers, there will now be hope and expansion.

From the governor’s commitments to improving the juvenile justice system, to the historic partnership that we’ve created with L.A. County and L.A. County Probation, we are encouraged that this decrease in juvenile crime will be met with further new and innovative solutions to empower our youth. 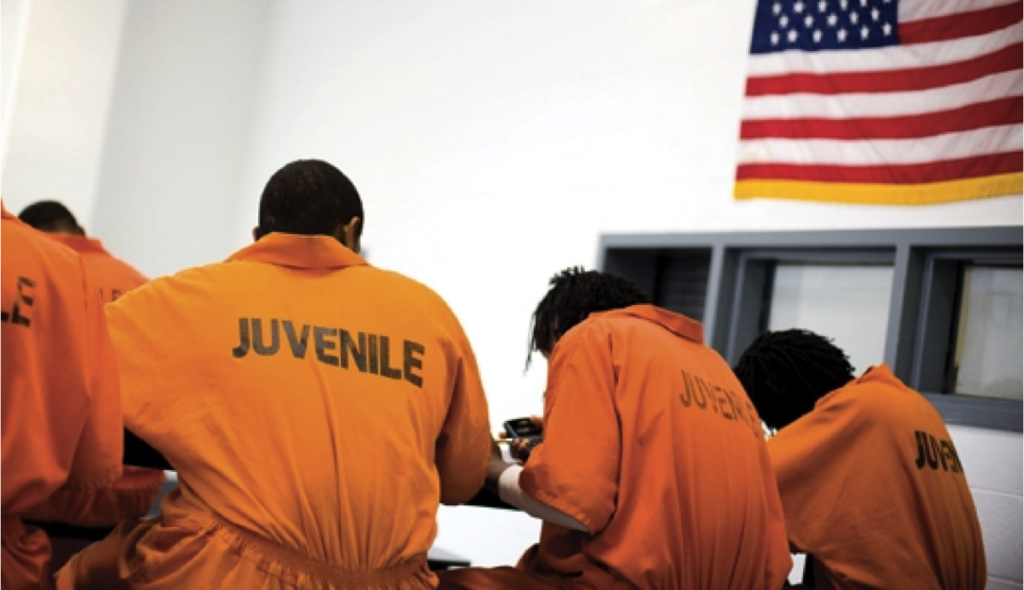 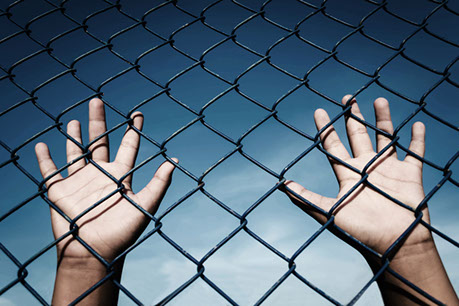 Young people should be defined by their best achievements in life, not by their worst mistakes.

Incarcerating children does not work. Our juvenile justice system in the United States is broken and Governor Newsom’s announcement gives me further confidence that we are on the correct path forward in the state of California. His intention to move juvenile justice out of corrections jurisdiction and into the hands of government health and human service providers is a giant stride toward equity and compassion in our treatment of young offenders.

Approximately 60,000 children are currently confined in juvenile detention and correctional facilities in this country, with hundreds of thousands more on probation. Los Angeles County is home to the largest probation department in the nation. Many young people who’ve been confined face a myriad of challenges when they return home, including difficulty re-enrolling in school and finding jobs. Many of these young people are returning to an unstructured or unstable family environment where the household is low-income, the parent(s) are under-employed, at-risk of homelessness and food instability and located in a low-income high-crime community. A high percentage of kids are faced with the usual challenges in their adolescence, as well as having been victims of crime, experienced trauma, gang exposure, health and mental health challenges, substance use disorders and discrimination due to race, ethnicity, sexual/gender orientation and/or immigration status.

When I founded my organization, New Earth, it was with the intention of helping these young people through a mentor-based, creative arts and educational program. We’ve since grown to serve not only incarcerated children in multiple youth detention camps and group homes throughout LA County, but also those in post-release from incarceration – providing a myriad of supportive wrap-around services including case management, charter high school education, job training and placement. Since 2004 we’ve served over 20,000 incarcerated and system-involved kids throughout LA County.

While Governor Newsom’s announcement regarding his intention to further dismantle the current state of Juvenile Justice in California has produced mixed feelings amongst some working in the field, I’m confident that this initiative will open more minds to the reality that incarcerated children are still children and even if they have been criminalized they still deserve support to become productive citizens.

Here are some actions that will ensure that Newsom’s decision will make an impact on systems-involved young people in California:

1. Eliminate the Status Offense as a jail-able offense. A 2015 study within LA County shows that about 80 percent of all arrests were for Status Offenses (or failure to comply with requirements – a slip in GPA or a missed appointment while on probation), misdemeanors and most non-violent felony offenses.

2. Begin to close Juvenile Probation Camps statewide and reinvest those dollars into repurposing the closed facilities into voluntary residential vocational training centers for young people who would otherwise be on track to adult incarceration.

LA County has the largest juvenile justice system in the nation. Bonnie Boswell talked to us about our diversion model over the past 15 years to embrace youth with arts mentorship, education and career training. 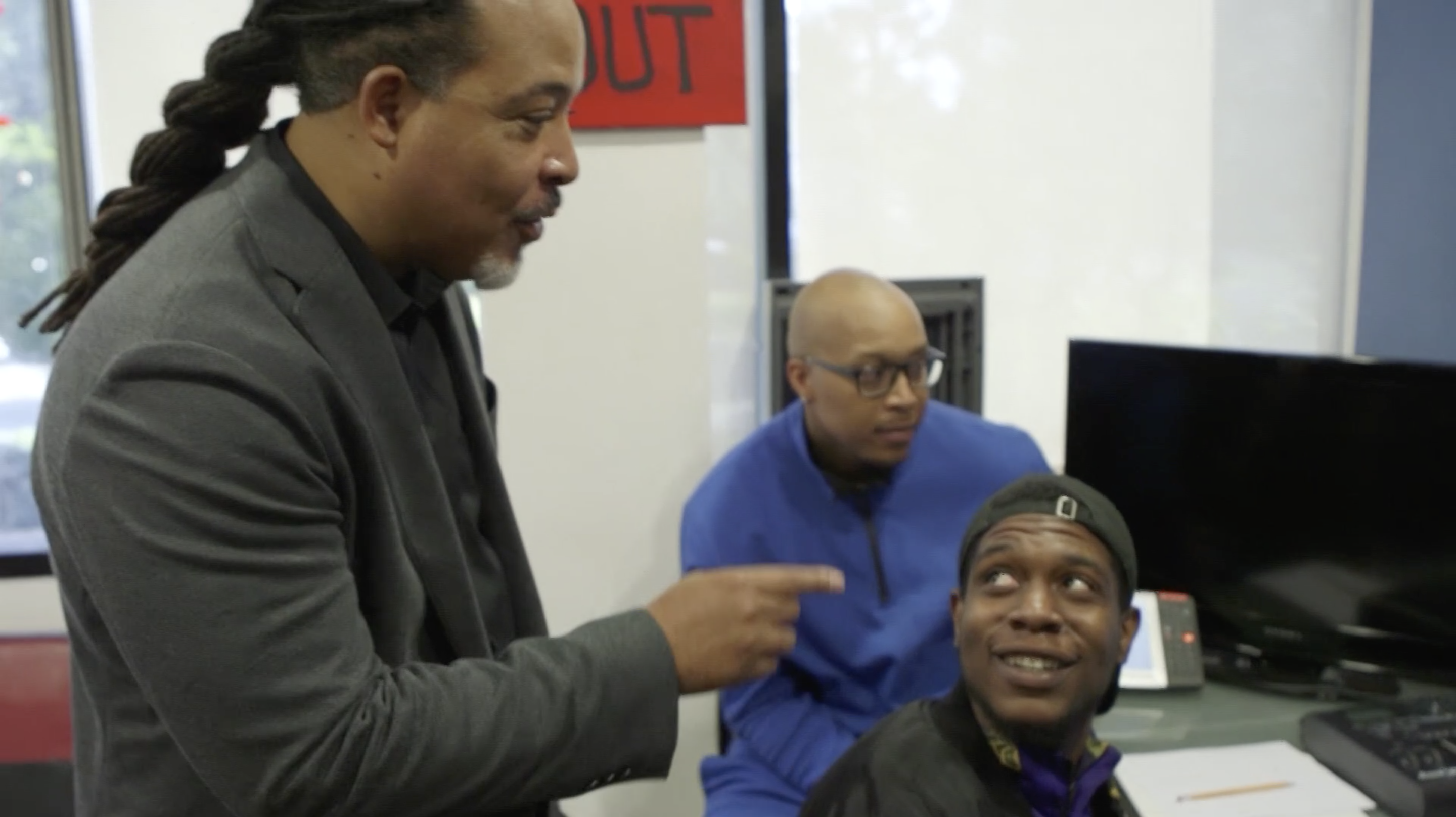 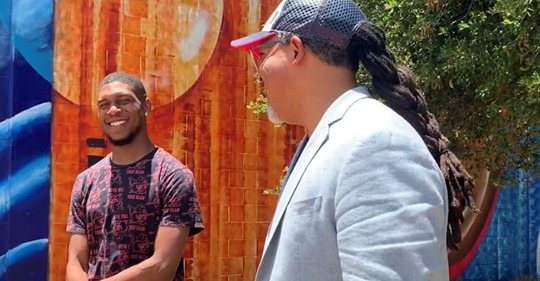 CALABASAS, Calif. – A former probation camp in the scenic Malibu canyons in Calabasas is being transformed into a place to help youths.

Harry Grammer, an activist for juvenile justice says the exterior beauty of the the former David Gonzalez probation camp can be misleading. It was once a jail for up to 120 young people,  but now, he is redesigning it into the transformative career institute.

“When Los Angeles was the largest incarcerator of children in the entire world, we had to step back as a community and ask ourselves why is that, what’s going on here? And that prompted me to want to do more,” Grammar said.

Grammer began the transformation of the former Juvenile Detention Center through first commissioning a vibrant mural for the 600 foot wall, he says his motivation comes from mentees like Jaylin Robinson. Robinson participated in a program through Grammer’s mentorship nonprofit, New Earth.

“Jaylin had a real unique interest in making music. And Jaylin joined our flow program very curious, bright eyed, bushy tail and he became a part of the work we were doing in that camp. Well luckily we had a pathway for him to transition back into the community, and for him to continue that work,” Grammar said.

Robinson reflects on what it was like to have once served time at Camp Gonzalez in a solitary confinement unit.

Grammer wants at risk youth to never have to feel that kind of confusion again. He is even having Robinson help with ideas as they recreate the center.

“Especially from where I come from, there’s no role models, there’s no mentors around, so when you meet somebody like Harry, you grasp onto them, and you really soak it all in,” Robinson said.

Grammer is working with Robinson to provide music workshops at the center.

“For me I see it as a state of emergency, to father, and father can also mean mentor or stand next to or accompany a young person into their future. Because if we don’t, you know we might be looking at an extinction of our young people in our communities to gun fire, to violence and also to incarceration in their future,” said Grammer.

He says, it starts with one individual at a time. The Tranformative Career Institute is tentatively slated to open in the Fall of 2019.

"A lot of the young people we work with have faced some extraordinary challenges in their lives, but they're also in search of extraordinary triumph." 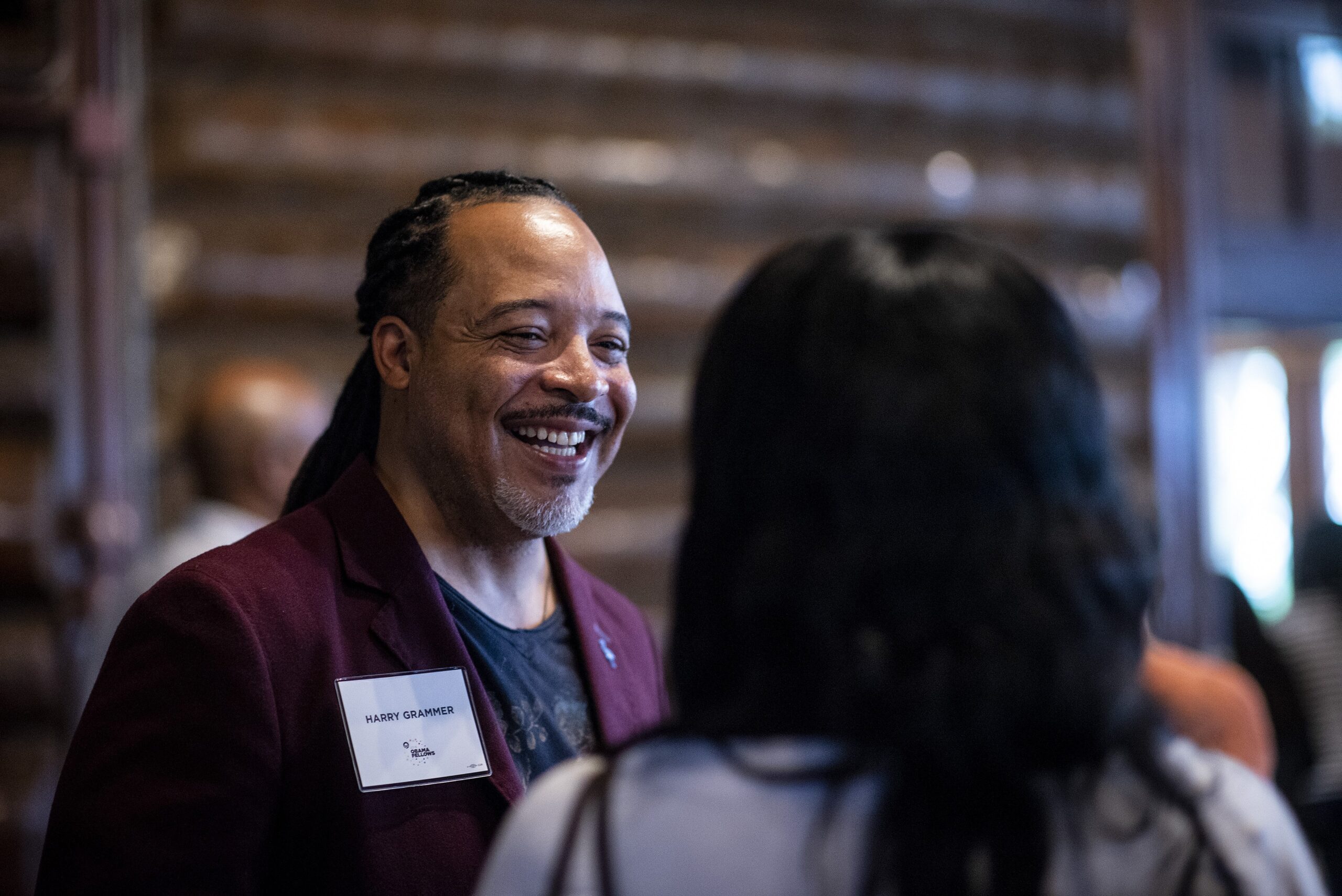 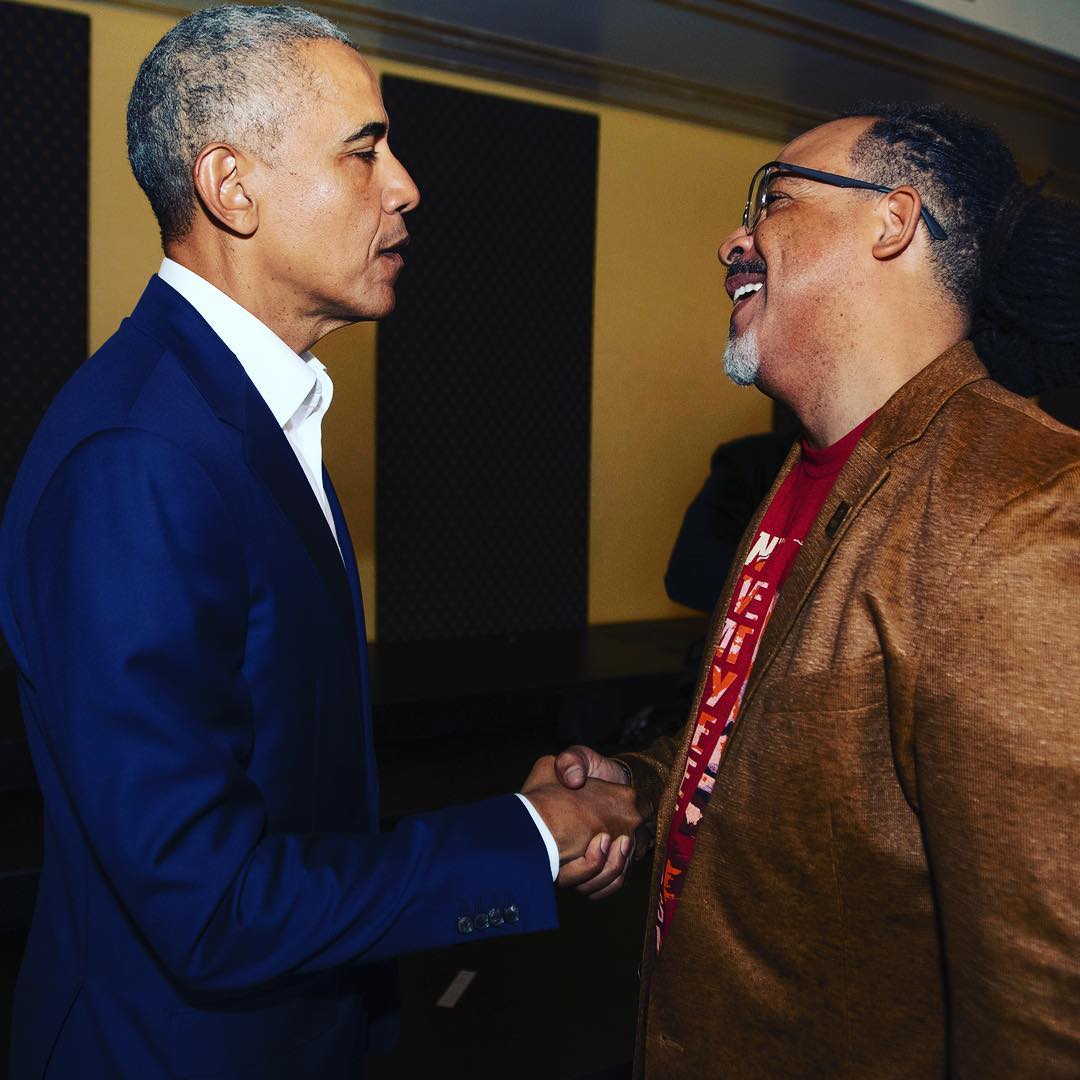 L.A. County incarcerates more youth than any other county in the nation, with a 69% recidivism rate. Kids disproportionately come from low-income communities of color and return to over-policed neighborhoods and failing schools that offer no job training or formal community support, ensuring that they go on to overpopulated adult prisons. California has seen a push for youth diversion, including within L.A. County’s troubled probation department—but it needs partners on the ground to lead the way.

A Day in the Life: Harry Grammer - Where Ocean and Community Connect 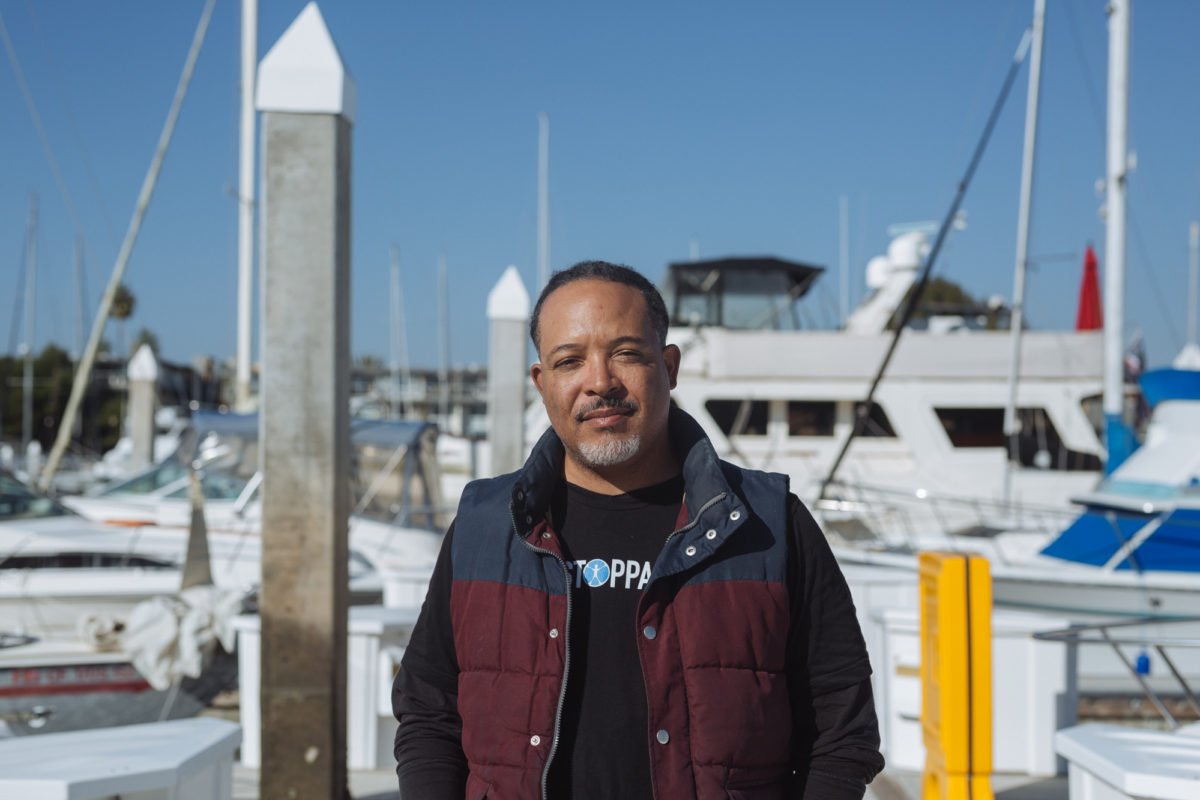 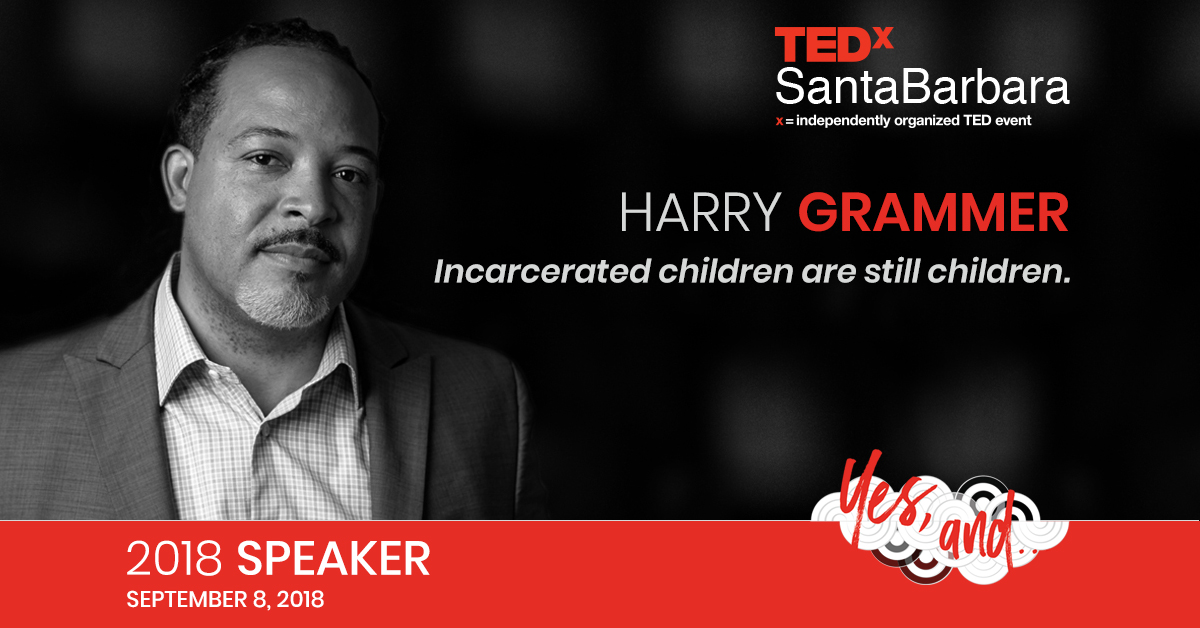 Incarcerated children deserve a chance for a better future. Jail is not the answer, there is a better way for kids in the juvenile justice system to transform their lives.